Is Palestinian Terrorism Good For Israel? 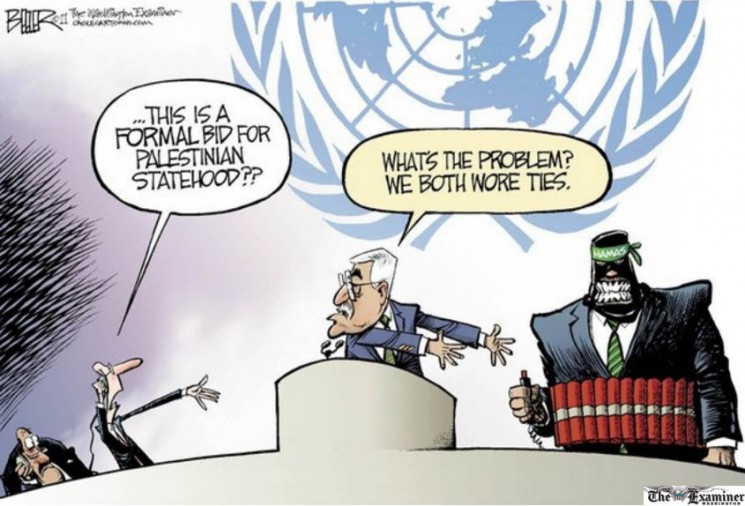 1. Introduction of the Issue


The above is the original proposed separation of land for Israel and the Palestinians per the 1947 UN Partition Plan. This post will emphasize the changing relationship over time/events/offers between Israeli land and (offered/non-Israeli) Palestinian land. The comparison will primarily be quantitative rather than qualitative as quantitative is more objective.

Per this plan Israel was to receive 54% of the land, the Palestinians 45% and 1% would be the International city of Jerusalem. Qualitatively, the majority of the land is in the Negev desert and Israel was allocated almost all of the Negev.

Palestinian/Arab = Rejection of Plan and position that it would not accept any land being given to a Jewish State.

On May 14th 1948 Great Britain left Israel/Palestine. The next day all surrounding Arab countries invaded Israel with the intention of not allowing any Israeli/Jewish State. Egypt and Jordan, the two main invading Arab powers, did not intend any Palestinian State either, they wanted to colonize parts of Israel/Palestine for themselves. It's unclear, if the Palestinians would have been able to decide for themselves, whether or not to accept the Partition Plan, they would have or not. In any case they allied with the surrounding Arab countries.

In preparation for the invasion Palestinian/Arab leaders publicly threatened that the intent of the invasion went well beyond a mere military victory:


"Haj Amin al-Husseini said in March 1948 to an interviewer in a Jaffa daily Al Sarih that the Arabs did not intend merely to prevent partition but "would continue fighting until the Zionists were Annihilated".[115]"


"The Palestinian Arabs make a grave declaration before the UN, before God and before history that they will never submit to any power that comes to Palestine to impose a partition. The only way to establish a partition is to get rid of them all: men, women, and children."


"I personally wish that the Jews do not drive us to this war, as this will be a war of extermination and a momentous massacre which will be spoken of like the Mongolian massacres and the Crusades"


Plenty more where those came from but you get the idea.

Conclusion = Palestinian/Arab reaction to Israeli/Jewish acceptance of the Partition Plan was Terrorism.

After The War of Independence:

Land percents after the War =

Subsequent to The War of Independence the Arab League agreed on a policy statement that there would be no negotiation with Israel and no acceptance of an Israeli country. In May 1967 Egypt removed UN peacekeeping forces from their border with Israel and massed troops on the border. Israel had previously announced that if Egypt closed the Straits of Tiran to Israeli shipping Israel would consider that an act of war. Egypt closed the straits. Egypt also sent troops to Jordan.


Once again Nasser, the leader of the Arab forces, made clear his intentions by constantly having threats made against Israel by the Egyptian radio service and saying things like coexistence was not possible because Israel had robbed and expelled the Palestinians and Israel would get what was coming for threatening to march on Damascus, occupy Syria and overthrow the Syrian Arab regime.
Conclusion = Palestinian/Arab reaction to The War of Independence was Terrorism.
After The Six Day War: Land percents after the War =
Israel = 100%
Palestinians = 0%
Conclusion = As a result of the Arabs/Palestinians trying to reduce/eliminate Israel's percent, Israel's percent of the land went from 78% to 100% and if your criterion for what is good for Israel is land, then this was pretty, pretty, pretty good for Israel.
3. Conclusion
From the beginning of the conflict, the Arabs/Palestinians have refused to negotiate with Israel and instead used Terrorism to try and prevent Israel from having any percent of Israel. As a result Israel has ended up with 100% of Israel and the Palestinians have ended up with -0-%. Now that's Justice for Palestine!
Posted by JoeWallack at 4:46 PM